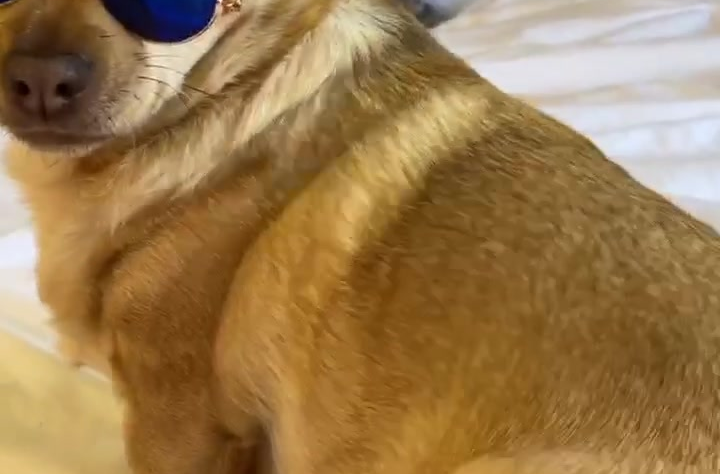 TikTok dog, Gracie, is probably the coolest dog ever and TikTok’s Favorite Pet. No argument. This isn’t your average chihuahua that yips at you when you come within 20 feet of it. In short, this is a super-duper rockin’ awesome version of a chihuahua.

Gracie’s main TikTok account is actually her owner’s account, @scottyhubs. The first video taken in November of 2019 on the account wasn’t even of Gracie at all! Only a third video was of Gracie, and once the owner saw that Gracie went viral with more than 400,000 likes, it was time to make the account into Gracie’s account. In addition to Gracie’s awesomeness, viewers loved her legendary smile in that first video, and that’s making them come back and look for more.

Reaching 2.8 million followers and 82.8 million likes, everyone knew and loved Gracie. For instance, the Today Show featured one of her videos. This pup is definitely on the road to stardom! That is to say, one of Gracie’s most recent TikToks was of her in Cardi B’s music video! She wasn’t actually there, but she is adorable in it! Soon enough, Gracie’s account had enough popularity to be sponsored! For example, the company Pop Socket sent Gracie’s owner a package of custom made pop sockets!

In Scotty Hubs’ video about how TikTok changed his life, he says:

“…I wrapped my dog in wrapping paper. That was the video that blew up. Within one hour, the video had a million views.”

That’s crazy! Especially when Scotty had mentioned before, he started off with less than 200 followers. This transition really shows how one thing can change everything, and additionally proves Scotty’s advice even more accurate:

“I hope this video kind of inspires you to think bigger picture. It just takes one video to really get noticed.”

Above all, Gracie the “potato” is an adorable dog and fantastic at making someone’s day with her smile!

Watch this short clip with the best 2019 TikToks by Scotty Hubs: