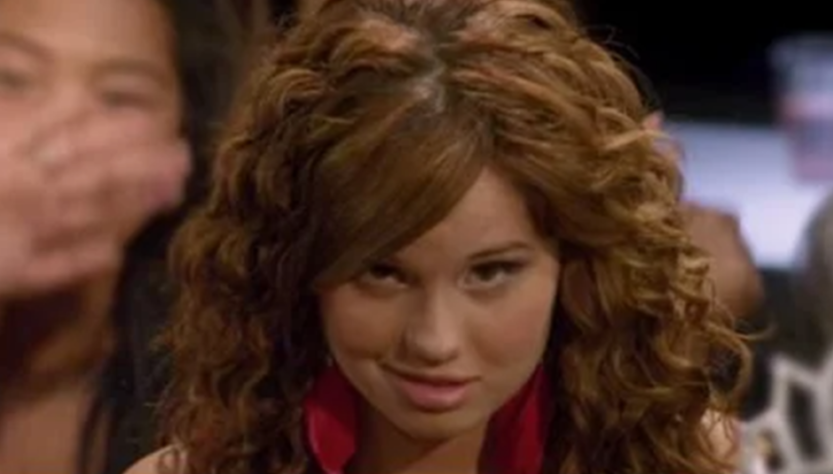 Debby Ryan is the iconic face of ‘Radio Rebel‘ and star of Disney’s ‘Jessie’ and ‘The Suite Life on Deck’. Debby Ryan’s TikTok that she posted on August 3, 2020, was a surprising comeback that blew everyone away.

This TikTok was a trend, where the creator shows what they’d wear if they were in specific shows or movies. After not posting on TikTok since March 26, the entire TikTok community made sure to come by and check out her video.

Her TikTok recieved a stunning 52.6 million views and 13.7 million likes only after two days of posting it. Soon, this 15 second video was stuck in everyone’s head.

Debby Ryan showed the outfits she’d wear to fashion week in four of the many shows and movies she starred in: ‘Jessie’, ‘The Suite Life on Deck’, ‘Insatiable’ and the legendary ‘Radio Rebel’.

‘Radio Rebel’ was one of those cliche “be yourself” Disney movies from the early 2010s. It gained a lot of attention on TikTok in 2020. In one of the last scenes of the movie, Debby Ryan, who stars as the main character Tara in ‘Radio Rebel’, does a face. This mixture of a push-hair-away-from-eyes smirk looking up face stayed on everyone’s mind and For You Page. Here is the face:

It’s your typical Gen Z meme. In other words, people on TikTok have been using Debby’s meme on many things, editing it to make even funnier results. Now, instead of making a big deal of this meme, Debby Ryan’s new TikTok assured everyone that she didn’t take the meme too personal, or at least got over it.

When Debby gets to ‘Radio Rebel‘, and what she’d wear to fashion week in the movie, she wears something very similar to her outfit in ‘Radio Rebel’. Then, right before the end of the TikTok, she does it. She does THE FACE! Debby really snapped! This blew everyone away. After 8 years, Debby Ryan can still make the face.

After seeing this, many famous TikTokers made sure to give love. People like skincarebyhyram, avani, micacow, willywonkatiktok, brenna.kaci, piffpeterson, salinakilla and more commented things along the lines of “icon” “omg” “this is it”.