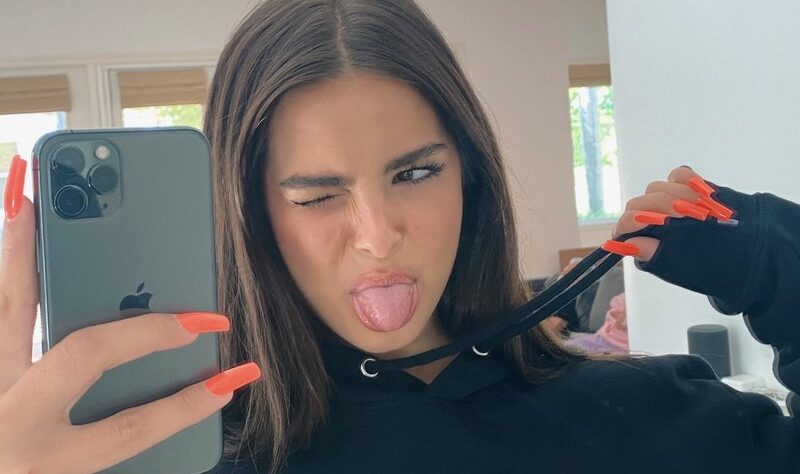 Addison Rae, the TikTok star with over 54 million followers since her first video in July 2019, got some hated feedback. She grew her social media platform and gained more and more followers since then. She was even in a Genius YouTube video, where she explains a couple of TikTok songs and hits. That is where the joke all started.

In the Youtube video, Addison talks about the song at 1:25, she talks about the song Addison Rae by The Kid LAROI. In her kind, bubbly way she says a small snippet of the song, something like this: “I need a bad bleep (uh) Addison Rae, lil’ shorty the baddest, yeah, and she got her way. So, these lyrics are obviously very heartfelt to me, because I am Addison Rae!” And the second people saw that snippet, the clip went viral. Hundreds of people on TikTok were imitating her, but as a joke.

Everyone was enjoying the hilarious meme, and it seemed as if nothing could go wrong. Well, it just went downhill from there.

Addison Rae decided to make merchandise out of the meme. Merch! She was selling sweatshirts saying “I need a bad bleep.” Soon to be businesswoman right here! Even though much of the merch was selling quickly, Addison did get a lot of hate and backlash from this. People were thinking that she was taking advantage of the joke and making money out of it, which led to lots of people attacking her on Social Media. Here are some of the things people had to say: “Y’all try to make money off of everything”, “Just like that, the joke is ruined”, “Yeah no, we were laughing at you not with you”.

People will find dirt on just about anyone, express hate and make drama out of it. It’s also unbelievable what some influencers do to create drama and get attention to themselves. Do you think that Addison deserved all of this hate?